The Importance Of Combining Digital With Traditional Marketing 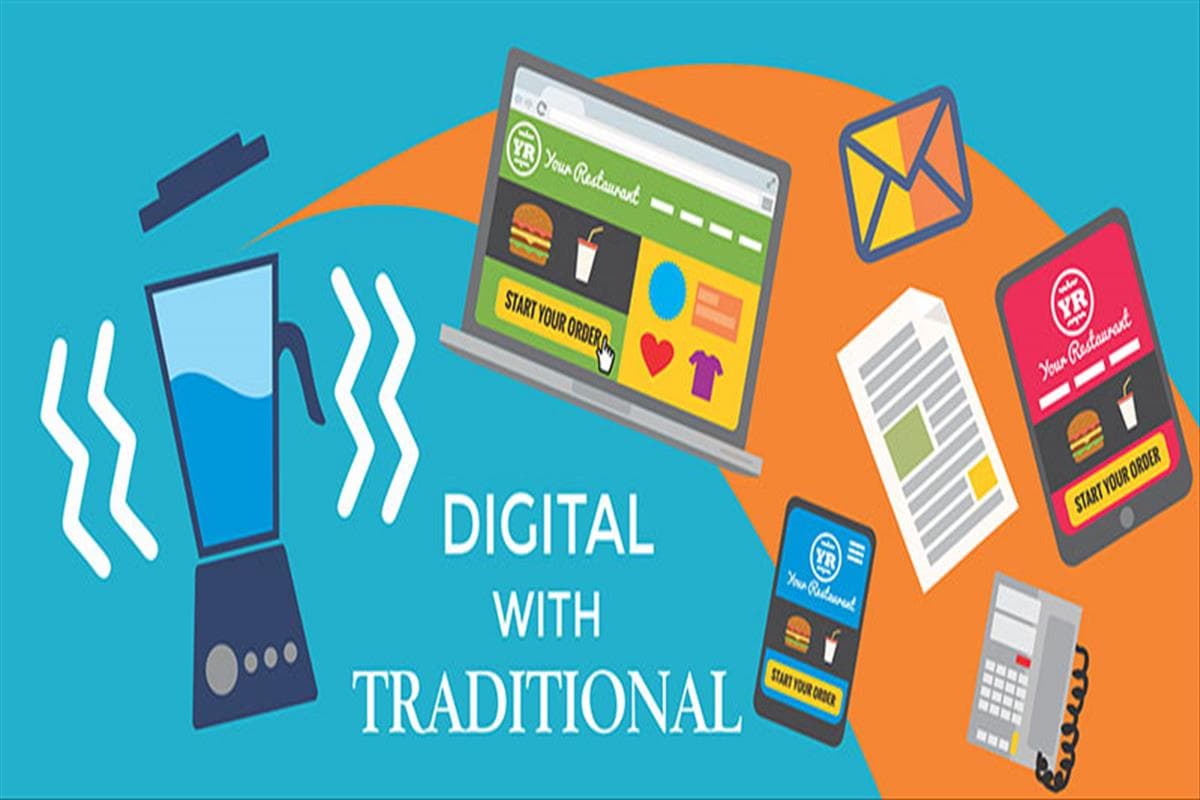 15 Jun 2017
aparna
More often than not, marketers believe that the online marketing is the only way to go and that social media campaigns, email newsletters and website ads will produce the best effect.
Now, that is mostly true since a large portion of the population is indeed online most of the time. However, traditional marketing still has leverage in the marketing world because not everyone is online all the time.
People still watch TV, listen to the radio or read newspapers. Furthermore, it’s important to remember that some products give better results if marketed online, while others produce better results if marketed offline. The trick is to use a little bit of both and truly generate the best effect from the marketing campaigns. Here are a few most effective ways to combine digital and traditional marketing.
Advertising both offline and online
The basic purpose of advertising is to promote a business or a brand to the target audience, as well as to promote products, services or features. However, the ultimate goal for every marketer is to attract and convert as many people as possible. From that perspective, focusing only on digital or traditional marketing won’t generate the best result. Instead, it will cover only a portion of the online or offline audience.
A good example of this is pepsi that lost a lot of money because they decided to switch entirely from traditional TV ads to social media.
As a matter of fact, both traditional and digital ads share the same principle of attracting different customers; but, abandoning one for the sake of the other may be bad for business. Online ads can deliver a message quickly and efficiently to the audience on social media and networks, while offline ads such as TV ads can deliver a message to offline audiences.
That’s why it’s important for a marketer to focus on both means, in order to attract the as many customers as possible.
Online tactics for offline sales
The most of the marketing activities are conducted online and mostly because a lot of people are engaged on either social media and networks or online communities or blogs. Let’s face it, technology didn’t really invent anything new in marketing per se, instead, it digitalized the traditional marketing.
However, digital marketing has introduced many different strategies and tactics, besides being much faster and more efficient than the traditional one. But, to say that traditional marketing is dead or dying out is simply a wrong, as many traditional marketing methods still have the power to win over people.
For instance, placing an online promotion for a newly-opened bakery or a brand-new brick-and-mortar store is a good way to increase awareness, but you can’t taste food nor try out clothes online.
The problem is that there are plenty more retail stores out there and just an online promotion won’t generate much attention. In that case, you’d have to resort to traditional marketing and attract people to come in and buy something.
This is where old and new mix and match, using traditional means to visually merchandise your goods such as simply using traditional printing services to capture a moment in an image, while using a digital billboard to tell a story that will compliment both your visual merchandising and your displayed goods. When you attract customers through traditional marketing and generate enough interest, you can leverage their testimonials to further endorse your online marketing campaign. Not to mention the word-of-mouth promotion on social media by the satisfied customers.

Easy Ways That Will Help In Boosting The Conversion Rate of Your Site
What Will Be Your SEO Strategy for 2020?
How to create your own website